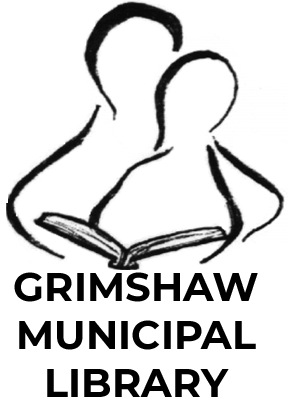 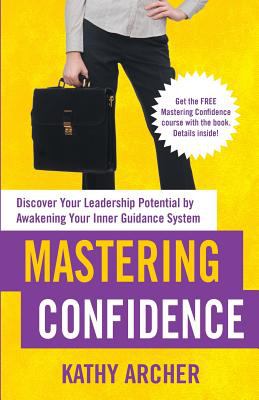 Let's face it, leadership has its challenges. When you get knocked down, you need a reliable system you can easily access to help you regain your footing and your confidence. Inside the pages of Mastering Confidence, you will discover such a structure. In truth, you already have this tool; you just need to uncover it. In Mastering Confidence, you will learn to awaken your Inner Guidance System and boost your confidence, giving you the strength to get through challenging meetings and difficult conversations. When you use your Inner Guidance System, you'll not only feel more confident, you will begin to lead with purpose. Finding yourself back in control, you can once again enjoy leadership and life. 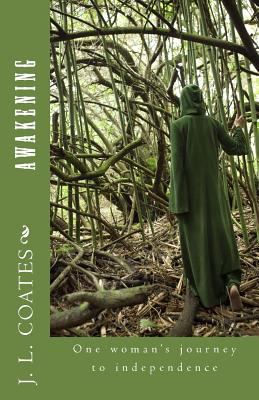 Awakening : one woman's journey to independence

Alicia Browning is content with her life until she receives the phone call that her husband Moe has been arrested for transporting drugs over the border from Mexico. That call starts a chain of events which leaves her and her three children living in a travel trailer in a shopping mall parking lot. She is ill prepared to battle Cliff Walker, a drug enforcemant officer, who is determined to take everything of value from her. Alicia has to learn to fight back or she will lose what she values the most. 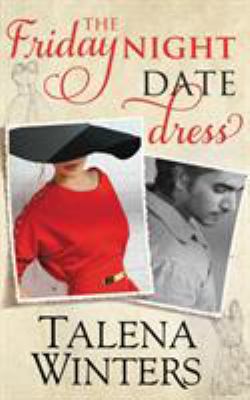 She sews runway masterpieces... but who will mend her damaged heart?

Tragic loss has made Melinda Myers invisible. She hides as a nondescript waitress at an average diner during the day. But each night, she sews runway masterpieces that she wears only once before putting them into a box forever.

Peter Surati, an aspiring Asian Indian photographer, can't help but notice beautiful, sad Melinda. He makes it his mission to help her find her smile again. But his meddling sister seems determined to ruin any chance he has to help Melinda. Can he find a way to mend her damaged heart?

The Friday Night Date Dress is an inspirational novella about hope, healing, and love.

Talena Winters loves tea, travel, music, whole food, sewing, knitting, reading, and chocolate. Besides fiction, she also writes a blog, knitting patterns, freelance articles, and musical theatre (among other genres of music). She currently resides on an acreage in the Peace Country of northern Alberta, Canada, with her husband, three surviving boys, a Golden Retriever named Sunshine, and an assortment of farm cats and chickens. She would love to be a mermaid when she grows up. You can find her on the web at www.talenawinters.com or social media @TalenaWinters. 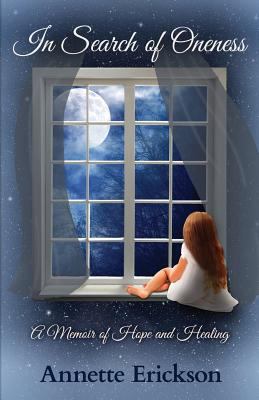 In search of oneness : a memoir of hope and healing : every story matters and needs to be heard ; I give you mine

An attempt to define this memoir is like trying to define life in one breath. You are invited to bear witness to the power of a single vision experienced by a five-year-old girl. Lou's vision carries, holds and guides her through years of silence and being silenced. Annette's vision of living in Oneness beckons from deep inside her and weaves throughout her life. Driven by her vision where everyone is seen, recognized, heard and embraced, she searches for this deep sense of connection and manifests it in her daily life. Step inside these pages and walk this winding path of hope, healing and transformation with Annette/Lou and share in the questions, seeking and the realization of Oneness many of us hope to achieve in our own lives. 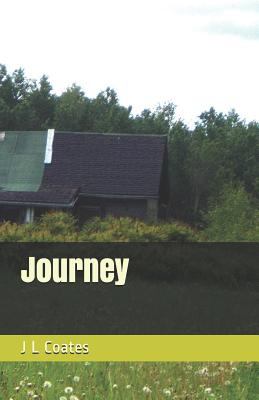 When the elderly lady opened the door Elyse quickly asked before she lost her nerve. "Are you Sarah Walker and did you have a son named Ivan?" "Yes, but my son Ivan died a long time ago." " My grandfather's name was Ivan Walker and I think I am your great grand-daughter." Thus begins the Journey of two women - Sarah, who is near the end of her life, and Elyse, who is near the beginning, both seeking an answer to the same question "what happened to Ivan." Elyse is searching for her grandfather's family to make them aware that she did not approve of how poorly they had treated him. Sarah, who assumed her son Ivan died during the war, is anxious find out all she can about his life. Can these two women find mutual ground and create a new history? 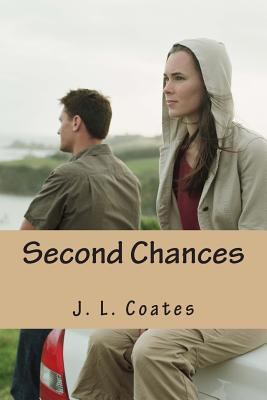 Second Chances is a story of love gone wrong. Faith Benson, an inexperienced naive young woman moves to the city to work as a legal Assistant for a pretigious law firm. There she meets and falls in love with the up and coming lawyer Lance Palmer. Faith's idea of love and romance is a husband, family and house in the suburbs. Lance is not the man she thinks he is. This story chronicles Faith's journey from innocence, to degradation and back again. We travel with her as she overcomes nearly impossible challenges, capitalizes on her second chances and becomes a champion of women's causes 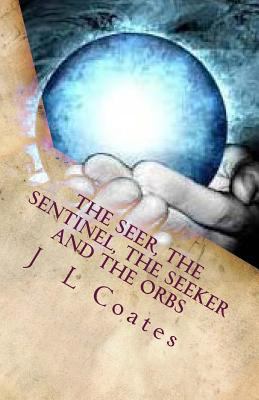 The seer, the sentinel, the seeker and the orbs

Since the beginning of time Eros, the God of Creation determined the world would be populated with three types of people- The Seers, The Sentinels and the general population. The Seers were a select group of women who had the ability to foretell the future. The Sentinels sworn duty was to protect the Seers, with their life is necessary. The Seekers, considered spawn of the black God were condemned to try to rule the world, but would never succeed. The Orbs, four glass balls are the tool the Seer uses to tell the future. The Seer, Melanie Allen, learned of her mystic powers when her grandmother died. Adam Brighton, the Sentinel is sworn to protect her. The Seeker, General Alex has grandiose dreams of ruling the world. In order to succeed General Alex must have the Seer and the Orbs under his control. If he accomplishes this, the future of the world is at stake. seekers 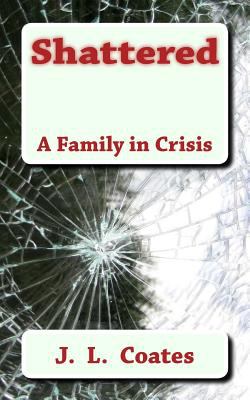 Shattered : a family in crisis

Emily Stuart had what she wanted - a husband, a nice home, a popular well-adjusted daughter and a good job. Even though there were problems in their marriage, she refused to accept how serious they were until that fateful night her world began to fall apart. After her husband Ben was sent to jail for his part in a tragic accident, Emily and her daughter Jenn moved to a new town to make a fresh start. Instead of contentment, she was forced into the battle of her life to save her daughter from drugs and living on the streets. 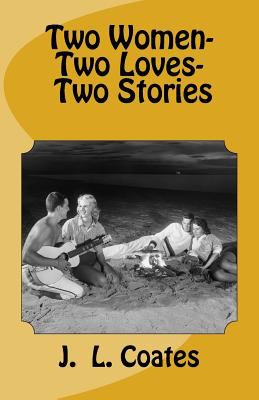 Two women facing an unknown future. Amy Wilson divorced after twenty-five years of marriage, disillusioned by love and life. Melissa Harding, alone, pregnant and married to a man she doesn't remember. Powerful stories of two women wondering if they can learn to love and trust again. 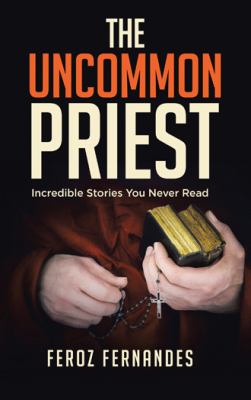 People make a priest, even though he must be ordained by a bishop. His companions also define the priest's upbringing, filled with fun incidents. In this book, you will discover the lighter side of what happens within the walls of the seminary, where priests are trained. How can these stories avoid organizational politics? The events capture conflict and controversies. Priests do face trials from their own Bishops, Superiors, and people. Courageous priests often defy the mores of the institution while still being faithful to their divine calling. Sheer spontaneity defines these stories. You can call it inspiring or crafty, but each priest found a way around an insurmountable obstacle. Sometimes, people put the priest on the spot. His only response is to admire the opponent. These stories you will read were guarded as a secret, till now.

To be a priest is to be uncommon. But to be uncommon among the priests is a rarity. It can redefine priesthood to stay relevant. I hope these stories, like case scenarios, will enlighten priests to lead their pastoral ministry with creativity and holiness. I look forward that you cherish reading The Uncommon Priest: Incredible Stories You Never Read. 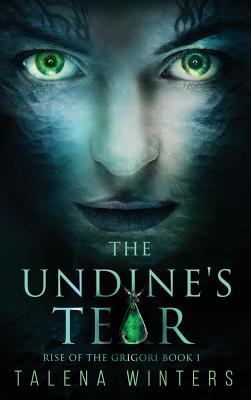 She was raised to save her people--as long as she doesn't go crazy and kill them all first.

Calandra is the most powerful undine Healer to be born on Sirenia for three millennia. She has been raised to be the saviour of her people, the only one with a hope of healing the Heartstone that hides their civilization from the human race. However, she has questions. Why must her kind capture human males to survive? Why do all the powerful Healers go mad? And why does her aunt, Queen Adonia, seem determined to hide the truth about her people's history?

Across the sea in England, Zale is unaware of his merman identity until a series of accidents leaves his father dead and his friend blinded. Fearing his own elemental powers, he flees from his home and becomes a spectacle on display for money. When the beautiful and mysterious Abela frees him and tells him that he is the last male of his kind, he finds himself on a quest to save his mother and the sister he's never met from the same dark forces that pursue him. But if he can't control his powers, he may destroy everything he's trying to save.

Meanwhile, the Heartstone is failing, and along with it, the protective barrier it powers. To save the stone and her people, Calandra must choose between enslaving the man she loves, or trusting a cryptic, seditious message left behind by the mother who abandoned her as a baby. And the Madness is calling...

In this young adult science fantasy, join merfolk, sphinxes, dragons, and humans as their lives become entwined on the search for the true meaning of redemption. But when they find it, will it be all that they had hoped for? 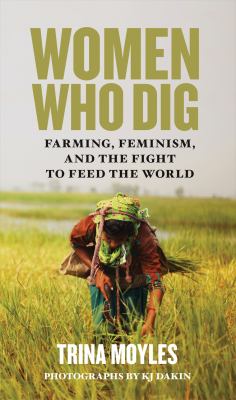 Women who dig : farming, feminism, and the fight to feed the world

Weaving together the narratives of female farmers from across three continents, Women Who Dig offers a critical look at how women are responding to and, increasingly, rising up against, the injustices of the global food system.

With women from Guatemala, Nicaragua, the United States, Canada, Uganda, the Democratic Republic of Congo, India, and Cuba included, it explores the ways women are responding to, as both individuals and in groups, the barriers they face in providing the world a healthy diet.